A remarkable turn of justice came in the MH17 case (the airplane that was downed in Ukraine in 2015). The court ruled that the images of the BUK transporter are fake

This is of extreme importance, since in criminal investigations we have to use the MOM analysis. Means, Opportunity, Motivation. If an entity checks at all three items, it is suspect of the crime.
The prime suspect is allegedly Russia. However, it does not have a motive for the crime, unless you want to invent a motive as in "Putin is so crazy, he wants to show the world how crazy he is, so that people fear him". That is rather farfetched. Moreover, Putin does not seem crazy in his actions and words. That leaves the means and opportunity. The means are disputable, because apparently it was the wrong (old) type of BUK that took MH17 down. Something with cubic marbles vs. butterfly marbles. What was left is the opportunity. Russians did not have BUK launching equipment in teh region. But somehow the story went around that they drove in a launching truck the day before and immediately after the attack moved it back to Russia. That last pasrt is now debunked. That is, there is no proof for it, as this tweet of Eric van de Beek reports. No photo can be used as evidence in court. The court no longer has a case and it will thus be dismissed.

A serious blow for those that want a confrontation with Russia. On the other hand, the damage was already done; public opinion was strongly influenced by the solid conviction presented by our regime that "the Russians did it". Even if now the MH17 trial will fail, the goal is already achieved of swaying public opinion towards confrontation.

If you want to buy the book of investigative journalist Eric van de Beek, click here:


Twitter was finally bought by Elon Musk. His plan (allegedly) is to restore freedom of speech. For that, he immediately fired the top CEO, Parag Agrawal, that was responsible for undermining democracy by closing Trump's account.

And we all know Musk's flamboyant style, he did it by entering the Twitter premises with a sink, saying "Let that sink in!"


Another high-rise building was on fire ... and didn't collapse. This time in Turkey: 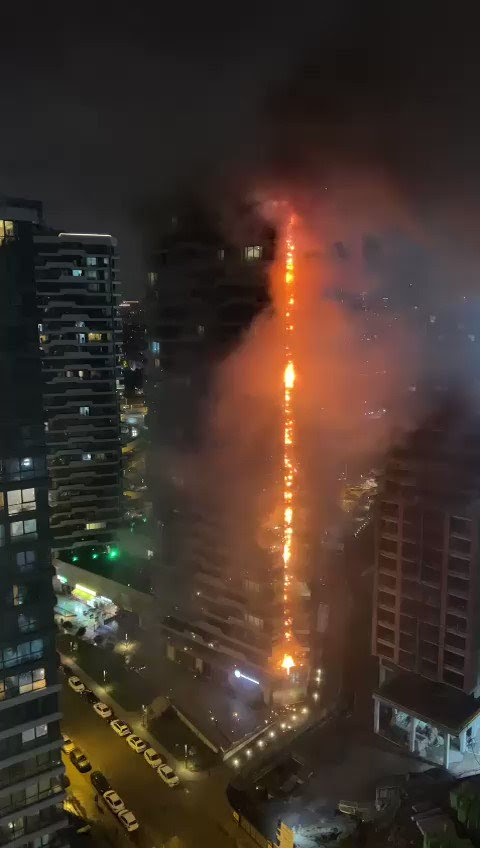 
Meaning the counter is still stuck at three. Three high-rise buildings that collapsed because of fire: WTC-1, WTC-2 and WTC-7. All on 11 September 2001. EN will continue to report on such fires until one of them collapses. Until then, the opinion of EN is that the WTC buildings did not collapse because of fire.


The regime is now cooperating with the social media platforms to shape public opinion. Government using information channels for communicating their political ideas and steering public thinking is called propaganda:

"Oh NO! This is BIGGER than the Snowden leaks, much bigger | Redacted with Natali and Clayton Morris"

Slowly the corruption of the Biden family is surfacing. It can no longer be denied. Here is Tony Bobulinski telling about the shady deals:

Puerto Rico is one of the states of the United States (although they suffer from taxation without representation). It got hit by a tropical storm. Joe Biden, after giving $625 million to Ukraine, gave 60 million to one of its own states ... "This is where we are now [in our world]"

"Biden Pledges 10 TIMES As Much To Ukraine As Puerto Rico"

The most remarkable news about the conflict with Russia was the revelation that Liz Truss, up to very recently Prime Minister at Downing Street 10, had sent a message to Anthony Blinken of the United States with the epic three words "It's done" just minutes after the destruction of Nordstream II gas pipeline. It is the equivalent to an admission of guilt. (And possibly thus the reason for her removal from power. EN).


Following the regular news channels on the conflict in Ukraine, it strikes us that none of the channels mentions that the East Ukrainians actually feel liberated by the Russians. It is worth to take a listen to what these liberated people say. Here is what journalist Patrick Lancaster reports from Crimea, the day after the bridge near Khers was blown up:


In the meantime, top scientist Denis Rancourt, famous for his CoFlu19 and Climate research, started a petition to make our governments negotiate with Russia for peace:

According to the United States Senate, the most likely source for the CoFlu19 virus is a lab-leak in Wuhan. As we had already reported here (the investigative journalist report of Vanity Fair), it indeed is very likely that it happened that way. Now even politicians admit it:

This more so gives ground for a criminal investigation, since it is then clear that the laboratory is liable to the damages caused in the world. Moreover, those responsible people include exactly those that were managing it (for instance Anthony Fauci, who organized research in Wuhan about gain-of-function of corona viruses) as well as those that made huge amounts of money off it (for instance Bill Gates, who won billions with his vaccine ... for a disease he himself helped to spread by financing this research in Wuhan).

That the CoFlu19 saga is not over yet, although the virus itself is petering out and never amounted to anything more than the flu, can be seen in the massive excess deaths in all countries. Governments everywhere are perplexed, since they cannot admit that they themselves might be responsible for the deaths by their vaccination campaigns or by their locking-up policies of citizens, and wrecking the economy (read: wealth creation):

Dutch government refuses to investigate the reason of excess deaths. While they were the first to claim to "follow the science", they are now actively blocking the science:


Let's hope that soon we can look back at how stupid we all were, or as Mattias Desmet wrote, when we will be all awakening form mass psychosis. Remember how it was reported after the fake pandemic of Mexican flu? Well, here is a report (in Dutch), the year after the non-pandemic (in Dutch):

"Leugens en Manipulaties rond de Mexicaanse Pandemie Hoax van WHO & RIVM in 2009" (Lies and manipulations by WHO & RIVM at the Mexican flu hoax in 2009) (Endspiel48).


That it is all lies in media is clear from this Project Veritas video. It reveals that they have an agenda to manipulate the people with a hidden camera conversation with CNN technical director Charlie Chester:

Or here, another example. In The Netehrlands there is a yearly literature competition. Voted by readers what is the best book of the year. Well, it seems that a regime-critic book would win. So they canceled the voting for that book, "we simply don't like to award a prize to him":

So now the election is for the best regime-approved book of the year!


Actually, there seems to be a movement of trying to cleanse society. To start a healing process of all the injustice done to people. Those that demanded the destruction of the lives of non-vaccinated people and that lied about everything, now ask for amnesty. The question is, are we going to give it? Should we?


Interesting in the area of 'science' (rather engineering, though) is the research on social engineering performed by the Dutch government in to determining how to make citizens behave well. "The experiments aim to use behavioral knowledge from the social sciences to steer citizens toward “right” solutions and choices. At their core, they involve large-scale application of manipulation techniques, in policy development, implementation, monitoring and communication"

Fudge factor. n.: (Non-justified) adjustment to the data to make them coincide with the theory. Example in climate change:

The [CO2] data measured from gas bubbles trapped in ice (squares) and measured by the sensor on Mauna Loa (continuous line). The inconvenient truth is that CO2 was higher in recent history, and somewhere must have DROPPED while humans developed industry. This undermines the anthropogenic global warming (AGW) thesis.
So, what did they do? A cock and bull story: The air in the ice does not come from the time the snow fell, but ... 83 years later!
The top figure shows the data, the bottom figure shows the data corrected with this fudge factor. This is fraudulent science! More so since they were never able to show the 83-year delay in any laboratory experiment. (Taken from the book of Lawrence Solomon, "The Deniers") 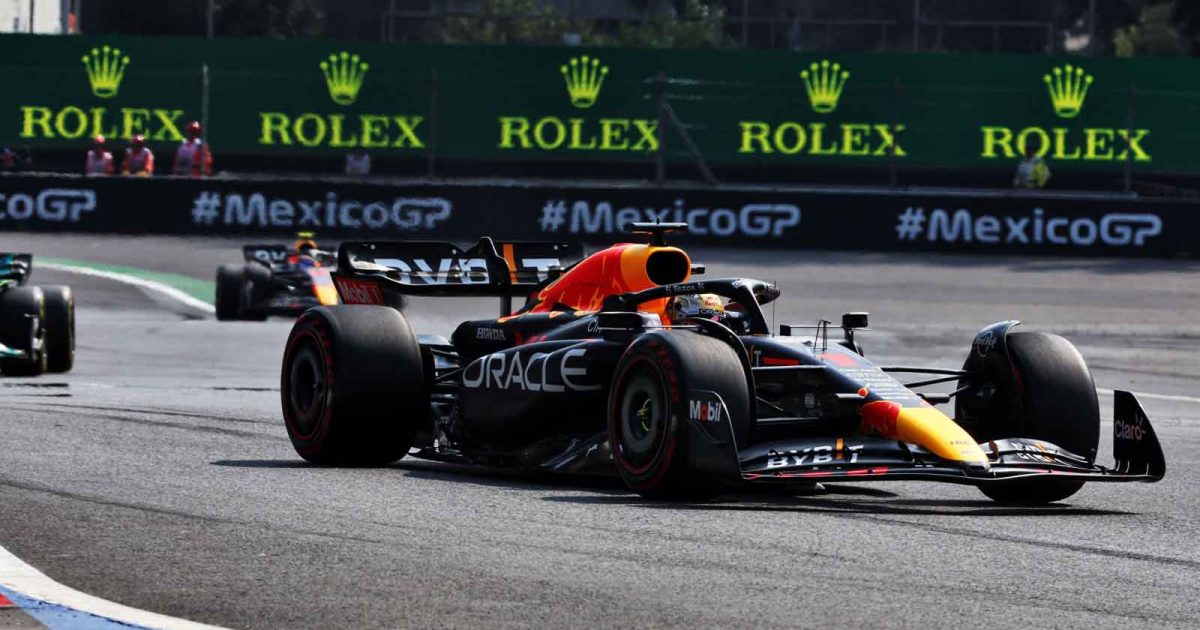 And at this moment we would like to let the GOAT (greatest of all time) of tennis, Novak Djokovic, have a word. For EN he is the GOAT inside on the field, as well as off it. The latter for his stance on CoFlu19 vaccination. Here is what he said about NATO bombing his motherland, Serbia: