Up front Earthling News wants to thank Luis Rosa for many of the suggestions of news items. As well as Natasha Heezen and Glenn Swart.
International News

The day after the last edition of EN, a high-rise building was on fire for hours in Changsa, yet it did not collapse. Therefore, the only high-rise buildings that ever collapsed are: WTC-1, WTC-2, and WTC-7. All on 11 September 2001. 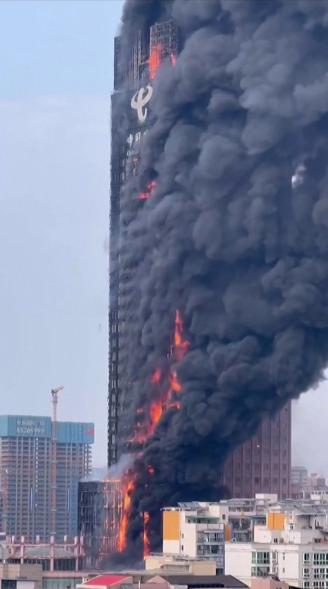 
As expected, the elections in Italy were won by the "extreme right populist" Meloni. This in spite of the dire warnings of Ursula 'Wonder Liar' Von Der Leyen. On the eve of elections she warned the Italian electorate "if things go in the wrong direction, we have tools". Now, EN does not know what she meant by this tools, but we area already worried that our (imagine) European leader can say there are good outcomes of elections and bad ones and the bad ones have to be steered in the good direction. In other words, no democracy, but Ursula by her Diktats telling us how she wants to see the world and we must obey. The population as cattle and Ursula as shepherd, there where we believe that Ursula is there to implement our will.

"Von Der Leyen if populists win in Italy: 'We will see the result of the vote in Italy'" (fighter movie)


This comes hand in hand with general media opinion that if you support Russia, you are extreme right. The funny thing is that most communists in 2022, probably by inertia since Russia is no longer communist, are supporting Russia. Making communism "extreme right". It shows how the concepts of right and left are simply archaic and no longer serve to describe the world in 2022.
In Italy the movement Brotherhood of Italy led by Meloni is simply anti-regime. They defend the ideas of family and God. Exactly things that the regime wants to abolish. With the regime typically having a 'left' agenda ([inter]national socialism, iNazi), any opposition must be 'right', and to add some namecalling, to scare off possible voters, let's add 'extreme' to it. The label 'populist' also helps in this respect, since it reminds people of a state of mental death.


An international terrorism event took place in the Baltic, where the Russian Nordstream II pipeline was sabotaged. The media immediately point the finger at Russia. These 'journalists' show so much eager to defend the regime, it is sickening. We should remain calm and use the MOM research technique. To find your suspect, find out who had the Means, the Opportunity, and the Motivation. Russia has no motivation whatsoever, or as this sarcastic post mentions:

Now what about the United States, well, they say here not only that they have the motivation, but will create the opportunity. Directly from the mouth of the horse, in case Joe Biden:

"If Russia invades ... then there will be no longer a Nord Stream 2. We will bring an end to it." (Dave Shadow)


But no, the West continue to hammer on the idea that the Russians did it. Here the absurd post of The Telegraph that indeed looks most like a post of The Onion, or Bumblebee, and too much photoshopped, but it is all real, including the absurd claim:

Here a sarcastic post of The Great Reject, reminding us of similar absurd claims in the 9/11 attacks:


On all news channels in Europe: how workers think they deserve a salary rise because of inflation.

They believe that, because they behaved so nicely and obediently during the pandemic (quadruply vaccinated, etc.), and always showed open allegiance to our warmongering regime in the war in Ukraine, that they now somehow 'deserve' a bigger piece of the pie.

That's not how it works, folks!

People behaving obediently, means they get a SMALLER piece of the pie (inflation was caused by massive obedience), and they deserve less, because they never fought for more, never resisted. Obeying and behaving nicely, will mean the overlords will try even more in the future.

YOU CANNOT OBEY YOURSELF OUT OF A TYRANNY! It will only get worse.


Well, the regime continues on its march to Utopia, removing anybody that does not agree with the path. In a self-righteous move, the regime now labels opposition to the regime a mental illness. Now, where have we seen that before? Answ: The Soviet Communist regime. Or, as the editor in the book of Lobaczewski (Political PonerologY) writes,

In 1950, the Russian Academy of Sciences determined everyone would follow the theory of the Moscow professor Andrei Snezhnevsky, which held that “anybody could suffer from ‘slowly progressing schizophrenia’. One could suffer from it without knowing, but once Snezhnevsky or one of his followers had ascertained that you were ill with it, you had to be locked up and knocked down with sedatives immediately, or the disease would ‘progress’. ...dissidents are simply locked up in a psychiatric institution and said to be insane.
Up until his death in 1987 Snezhnevsky denied that his theory was being abused by the Soviet regime. But his former assistants now admit, that he knew “all too well” what was going on. The only problem is, that those assistants still talk about it only on the sly. They work at the Moscow institutes where the scientific successors of Snezhnevsky are still in charge. This clique of about thirty or forty psychiatrists at the time controlled all the important institutes for scientific research in Moscow and this is practically the same up to now. The consequence of Snezhnevsky’s ideas, apart from the  fact that they were used as a means of repression, is that psychiatry in the former Soviet Union “is confronted with a gap of  about fifty years”. Western literature on psychiatry was forbidden in the Soviet Union, psychiatrists who stood up against the political abuse of their science ended up behind bars or were themselves declared to be “insidiously schizophrenic”. “A Mess in Psychiatry”, an interview with Robert van Voren, General Secretary of Geneva Initiative on Psychiatry, published in the Dutch newspaper De Volkskrant on August 9, 1997 [Editor’s note.]

Four regions in former state of Ukraine voted to become part of Russia. Of course, predictable, the Western media claim the elections were rigged. Without proving that claim, in contrast to the proven rigging of the elections of Joe Biden, as already mentioned in an earlier edition of EN. (watch the documentary "2000 Mules" if you haven't seen it yet. They show proof beyond reasonable doubt).
EN promotes such acts of self-determination and hopes that with this joining with Russia, the hostilities cease and peace can return to the region.

What the West actually has against annexation is not very clear. It cannot be border integrity, because it did not oppose (it factually aided) the change of borders in former East-block countries Yugoslavia and Czechoslovakia, to name but two examples. Nor can it be the idea of annexation (which it wasn't, it was democratic integration), because the West did not raise a voice when Israel annexed land in Palestina, simply land grab, without asking the inhabitants anything; they were simply assimilated and turned into second-rank citizens.

The oligarchs actually managed to gain a lot of wealth during the CoFLu19 pandemic. Our misery was their gain. And, when Trump announced an investigation, the oligarchs managed to dissuade him. Here is Bill Gates saying how he (before the pandemic) told President Trump to not investigate the working of vaccines:


Gates: "That is a dead end. That would be a bad thing. Don't do that". Right. Why would it be a bad thing, if the result would be that vaccines are a great thing and super safe?!! It would be great and free publicity for your products, wouldn't it, Mr. Gates?

In the meantime, documents start to get public showing the scale of the CoFlu19 swindle. The crime of the century. Here Francis Collins writing to Anthony Fauci, "This proposal from the three fringe epidemiologists who met with the Secretary seems to be getting a lot of attention - and even a co-signature from the Nobel Prize winner Mike Leavitt at Standford. There needs to be a quick and devastating publi[c] take down of its premises. I don't see anything like that on the line yet - is it underway?"
Damn it, these idiotic scientists that spoil our loot! We need a plan how to silence them (the truth) rapidly!

Then we see how in Europe there is a massive excess deaths. These deaths cannot be attributed to CoFlu19, so they must be due to the measures of the regime. There is no way out of it, since there were no natural phenomena (like epidemics, or earthquakes or so) to explain the deaths. Our regime has blood on its hands.


The science post this edition comes from Glenn Swart's very interesting weblog, DWAHTS (do we already have the solutions?). In this post, Swart talks about the brilliant scientist Velikovsky that had such revolutionary ideas (a cosmos without gravitation) that the system had put him on the censor list. So much for freedom of speech. Seems more like freedom of repeating the mantra as we tell you to. 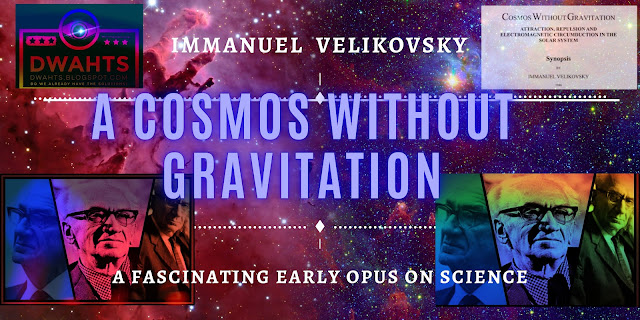 In fact, the social media controlled by the government are now censoring classic physics, when they are in the way of the measures of the regime. An example is their cancelling of the law of Archimedes. The one that made him shout "Eureka!" in the bath. (Fact-check, it was his wife shouting "go take a bath, You reek!"). The reader can easily test this. If the following image with the law of Archimedes is posted, Facebook will claim it is false information:


The scientific publication worth to mention in this edition of EN is the one of Gianluca Alimonti et al. where they show that "In conclusion on the basis of observational data, the climate crisis that, according to many sources, we are experiencing today, is not evident yet."

"A critical assessment of extreme events trends in times of global warming".
We have to keep the scientific discussion alive. To debunk the political folly.


We use this place here to show that politicians still can make great speeches. Here is Rand Paul explaining the world how it is totally immoral to spend public money on projects.

It hits the point exactly.

This week the famous rapper Coolio died. Most famous for making a weak version of the great song of Stevie Wonder, "Pastime Paradise":