The biggest international news, a true scoop, comes from the United States. EN cannot verify the veracity of this document, but allegedly teh RAND Corporation has written a confidential memo to Joe Biden, the Democrats, and CIA, about how to better the United States:

A summary:
1) It is in the interest of the USA to screw Europe
2) To screw Europe we have to screw Germany
3) To screw Germany we have to cut them off the gas
4) To cut them off the gas, we have to create trouble with Russia.
"The only feasible way to guarantee Germany's rejection of Russian energy supplies is to involve both sides in the military conflict in Ukraine" (Note: written 25 January of this year, before (!) the conflict).
Further:
"The prerequisite for Germany to fall into this trap is the leading role of green parties and ideology in Europe. The German Greens are a strong dogmatic, if not zealous, movement, which makes it quite easy yo make them ignore economic arguments"

We go into severe poverty and we have those moronic eco-fascists to blame!

How bad will it get? Listen to Tucker Carlson. It is already getting very bad:


One should not forget that although we have a different society, some things never change. One of these things is propaganda. John Pilger -- a true authentic journalist -- writes here about it. An excerpt:


"In the 1970s, I met one of Hitler's leading propagandists, Leni Riefenstahl, whose epic films glorified the Nazis. ...
She told me that the ‘patriotic messages’ of her films were dependent not on 'orders from above' but on what she called the 'submissive void' of the German public. Did that include the liberal, educated bourgeoisie? I asked. 'Yes, especially them,' she said." 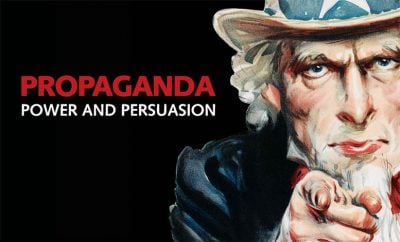 Well, the regime can of course also actively initiate propaganda. An example is how Portuguese government hired 5000 (five thousand) micro-influencers to "build confidence [in the governmental measures during CoFlu19 pandemic]":


"Micro-influencers" we should read as "micro-propagandists"! One of them, Célia da Silva Carneiro, described her work as "Cooperation, gift, care". Now think again about the words of Leni Riefenstahl. Célia is merely part of the 'submissive void' of the Portuguese public. The liberal, educated bourgeoisie. Proud of her work as a propagandist for the regime.


Of course, we have been warning for some time that the CoFlu19 lockdown measures imposed by our regime would also be used to combat the climate. That is because it follows the exact same pattern. Invent a problem for which teh solution -- full fascist control -- already exists. Then the people actually demanding more fascism from the regime. Of course, we were put away as conspiracy thinkers. Nutcases.
But take this latest news. Switzerland actually makes laws to put people that heat their house too much up to three years in prison. Italy follows suit with high fines. Translated from blckbx:


"Switzerland adopted the strictest rules this week. For example, buildings that use gas heating systems can now only be heated to 19 degrees, hot water can only be heated to 60 degrees and electric and radiant heaters are even banned completely. The rules are laid down in the Federal Law on National Economic Supply, to which the Ministry of Economic Affairs (EAER) expressly refers in an official document held by the Swiss newspaper Blick.

Depending on the seriousness of the offense and the person's economic situation, the fines will range from 30 to 3,000 Swiss francs (30.78 euros to 3,078 euros), while people can even face a prison sentence of up to three years."


The full fascist control will lead to confiscation of all wealth and remove all freedoms and liberties. Here is Russell Brand explaining how the plan is to confiscate all farm land, watch the video from 2m40s:

"I Can’t Believe He Just DID THIS" (Russell Brand)


Listen to Coin Bureau to understand what the plan is. He makes a reference to the funny iconic communist statement of teh World Economic Forum (WEF), "You will own nothing and you will be happy":

"You Will Own NOTHING!! Here's How They Plan to Make You 'Happy'" (Coin Bureau)


All wealth will be confiscated. Everything will be in a pay-for-use kind of economy. From telephones, to cars, to houses. Everything. You will own nothing.
In fact, in the United States all 'ownership' has already been taken away from all means of production, all infrastructures, all buildings. This is clear if you understand that control = ownership. It does not matter that a house is registered in my name. If I do not decide who lives there, the house is technically not mine. In this respect we should look at the Executive Orders of Bill Clinton as a full-blown bolshevik communist power grab:


And, of course, it was the 21st anniversary of teh 9/11 attacks. EN will repeat this statement every year, until they admit that the official conspiracy theory is nonsense:

IN THE WORLD ONLY 3 HIGH-RISE BUILDINGS COLLAPSED DUE TO FIRE, EVER: WTC-1, WTC-2 and WTC-7

The collapse of each, moreover, defied the laws of Physics. They collapsed free-fall (9.8 m/s2), which would indicate the entire building lost structural integrity instantaneously, something that can be achieved by controlled demolition.

Western media claim huge victories of teh Ukraine army in teh east of teh country. And they gloat at how the Russians were fooled by a fake attack around Kherson. Of course, we have to be careful with the war propaganda of the Western media. It may all be a lie. Or just distorted facts. As in the claimed 3 thousand square kilometers territory gains are insignificant in comparison with teh 120 thousand square kilometers territory gains of the Russians. Moreover, still 6000 Ukrainian troops died at that theatrical manoever in the Kherson region. We guess these soldiers shouted the famous Roman words, "Ave Imperator. Morituri te salutant!" (Hail emperor. Those that are about to die salute you).
Watch here Redacted trying to debunk some of teh Western war propaganda:

The medical journal The Lancet, finally admits that the CoFlu19 virus might have originated from a laboratory. Here Dr. John Campbell in his blog:


The Lancet saying:
- Origins remain unknown
- Two hypothesis. Origin from animal, then source unknown. Or from a laboratory escape.
- The bioengineering corona virus research WAS underway before outbreak
- Wuhan did corona research. The US did such corona research
- No independent research done to study the source
- A proper investigation is warranted. Think of it, the bioengineering institutes that _you_ financed do not want to divulge information to _you_ about their research.
So, all people questioning the official narrative (a wetmarket source in Wuhan) at the end were right. Now even The Lancet questions the official narrative.


In the meantime, everywhere in the world there is 'unexpected' excess mortality. And everywhere they react 'surprised'. Well, these surprised people do have less than two neurons on active duty, as Icke uses to say. The latest in this series of scandals is Switzerland:


Since the beginning of the year, 3,000 more people than expected have died in Switzerland, something experts find difficult to explain.

Experts are putting forward - and as usual - the classic hypotheses for the time being: Covid-19 and the heat. "Heart disease is exacerbated by Covid-19. This in turn makes a patient more vulnerable to high temperatures," they say. The alternative hypothesis of the mRNA vaccines is not (yet) considered.

At this stage, Switzerland's unexpected deaths – as in most other European countries – remain an open question.


Yes, sure. Heart diseases caused by CoFlu19? Are you joking?! That while it is known that the vaccine causes a lot of heart problems. But no, let us not consider this hypothesis. Because it would imply that our regime is responsible for the deaths of many many innocent people. Let's blame it on the warm weather, even while it is known that cold weather is much worse for people's health than warm weather.

The same problem with excess deaths in Germany, Wales and England. "The first symptom is your strolling around perfectly healthy. The second [symptom] is that your dead. All very sudden":

There can be only one conclusion: One way or another, our regime is to blame! Maybe people will start speaking out when this number of deaths reaches 6 million ....


One of the experts in virology, the ex-top-researcher at Pfizer and now whistleblower, has some very interesting things to say about the virus and the (non)vaccine (it starts in English at 10m34s)):

In Israel, they were caught covering up damning evidence, namely the Pfizer vaccine data:


The scandalous fascist behavior of our regime gets ever clearer.

Even the brother of teh Editor of EN, as a top Actuary (data scientist for insurance purposes), sees it clearly in the data:

"I keep on repeating it as an Actuary/Econometrist

Corona? The BIGGEST lie EVER told


Another scandal is that our regime, telling us to "follow the science", never actually followed the science. An example is Justin Trudeau of Canada:


A court decided that there was no scientific basis for the travel bans in Canada. "The whole point of the case was to lift that shroud and cast a spotlight on the unscientific basis of the mandate."
"The other plaintiff is Shaun Rickard, “I guess I’m the Lone Ranger,” he told me. “When I see something wrong, evil, corrupt happen, I feel I have to speak up.” "  EN congratulates Shaun Rickard for his brave actions. Heroically standing up against the regime. 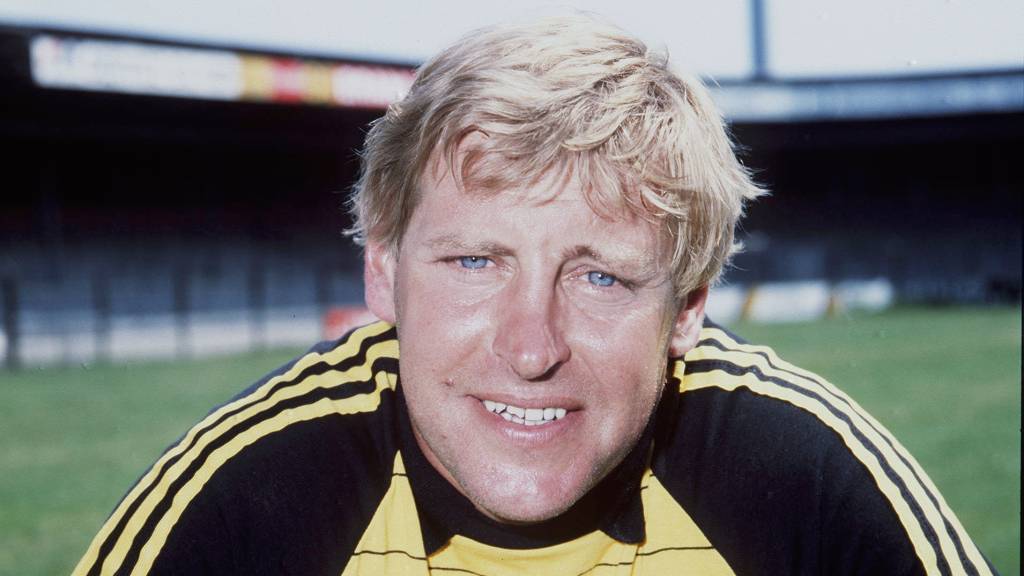 
This week iconic goalie of Ajax, Piet Schrijvers, died. Famously known as "de beer van de Meer" (the bear of the [stadion] De Meer), later moved to PEC Zwolle and named "De bolle van Zwolle" (the corpulent one of Zwolle) and at the end of his career (he should have stopped earlier) "Het lek van PEC" (the leak of PEC). EN remembers him as one who helped build Ajax to bring it to its current glory.