The gaff, and probably the winner of teh Stallinga Dot Org Chutzpah Of The Year Award 2022 is George W. Bush. Famous for unilaterally single-handedly deciding to brutally invade a country wanted to call names to President Putin of Russia. However, he made a mistake, and instead of referencing the invasion of Ukraine he referenced ... Iraq, the country he brutally invaded during his mandate. (Click on image to see video in link):

Actually, conspiracies are now the daily norm. They are no longer hidden, thus no longer true conspiracies in the conventional sense of teh word, but accepted by everybody.


Also see the videos inside the link. "At a Council on Foreign Relations forum about "fake news," former Editor at Time Magazine Richard Stengel directly states that he supports the use of propaganda on American citizens - then shuts the session down when challenged about how propaganda is used against the third world"
And the video of Noam Chomsky:

"The 5 Filters of the Mass Media Machine" (Noam Chomsky)

The war in Ukraine goes on. In the analysis of EN, Russia is winning it. The West is constantly claiming that Russia is driven back and that Ukraine is winning battles. However, these victories are ever more to the west, showing that the news is more wishful thinking or simply propaganda rather than news.
Some western sources actually manage to claim victories for the Russian army. Maybe because Austria has (had) neutrality for a long time, one of their army staff actually paints a situation that is not so rosy for Ukraine. Seems like the Donbas is lost:

"The Battle for Donbass", Österreichs Bundesheer

We cannot expect a peace in Ukraine any time soon:

"They’re Just Outright Telling Us That Peace In Ukraine Is Not An Option" (CaitlinJohnstone.com)


"Joe Manchin, speaking today at the World Economic Forum, rejects the idea that the Ukraine war should ever be resolved with "some type of a treaty." Instead demands fighting "to the end," until total victory -- which includes "getting rid of Putin""

Yet, even Über-zionist Henry Kissinger see that it is not good to destroy Putin: 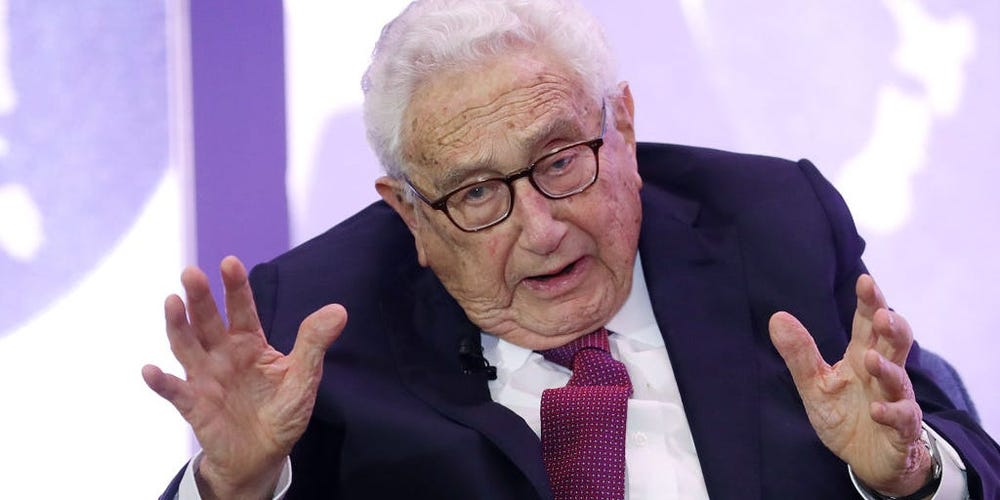 "Kissinger says Ukraine must give up land to Russia, warns West not to seek to humiliate Putin with defeat" (Insider)


Let's also hear what this 'regime' in teh Kremlin has to say about the war. EN found this video of Russian Diplomat Nebenzya in the United Nations relevant:


And now, some say that Putin is responsible for the big inflation that is hitting the world. But when we look at the data, we do not see any evidence of this. As Case Roole wrote in one of his FB posts:

How do you wish your 'dictator'? Only in this Orwellian-inverted world is black white and white black. And defends a dictator the rights and freedoms of his citizens. Here is Lukanshenko correcting his staff to not forget where are the limits of their power, when it comes to masking and vaccinating the people:


In teh meantime we have smoothly entered a new pandemic. Monkeypox. Very nice that the world was already working on it. Right. Also Wuhan:


The did, indeed, already test this monkeypox scenario. Just like they tested the corona-scenario in Event 201 in October 2019, some months before the outbreak of the real pandemic they tested months before.
Here is the NTI document (see link) that states:
"The exercise scenario portrayed a deadly, global pandemic involving an unusual strain of monkeypox virus that emerged in the fictional nation of Brinia and spread globally over 18 months. Ultimately, the exercise scenario revealed that the initial outbreak was caused by a terrorist attack using a pathogen engineered in a laboratory with inadequate biosafety and biosecurity provisions and weak oversight. By the end of the exercise, the fictional pandemic resulted in more than three billion cases and 270 million fatalities
worldwide."


Silently, the CDC admitted they were wrong about the CoFlu19 tests. They admit they are faulty!

"07/21/2021: Lab Alert: Changes to CDC RT-PCR for SARS-CoV-2 Testing"
They change the test. Suddenly they warn that normal influenza flu can also cause a positive test. We remind you that that was the underlying ingredient of our alternative hypothesis explanation for the 'pandemic', which was merely a testing havoc. Click on image to see the video:

"Science in the times of Covid. An alternative hypothesis"


Interesting, some people do question the Big Bang Theory (BBT). Here is a paper of Borchardt that piqued our interest (click to read further):


One more soundscape from the editor of this journal: