It was already clear creeping into our society, but now fascism is ever more openly supported by people. Take for example former United States president Obama. In a recent speech he openly defends the fascist technique of creating a Ministry of Truth (to remind you, this was called the Reichsministerium für Volkserklärung und Propaganda in the time of the German National Socialists [Nazis]). Seems like we are going full circle


It also includes censoring people when they say something about a subject that they have studied. Doctors are no longer allowed to say anything about how to treat patients, if it goes against the government narrative. It is getting Orwellian:


And then the entire populace shouting "follow the science". With which they mean "follow the researchers not censored by the regime!"

Maybe Elon Musk can stop this censoring. For this purpose he allegedly bought Twitter. If that is so, Trump may well be on his way back to being reelected in 2024. Don't forget that he was elected because he used Twitter in bypassing the media. The shadow government pledged to never let that happen again. Remember how the CEOs of Google were literally crying the day after their candidate (puppet) Clinton lost the elections?


It seems logic that if Twitter stops censoring then Trump will be allowed to tweet again and he will win teh elections again (for a third time, as he says himself

). By buying Twitter Musk guaranteed that the elections can no longer be rigged so efficiently.


So, what is this new Orwellian society that is coming and we have warned you about. Well, it is a neo-soviet-communist society where an elite is running the planet like its ant farm. And slowly (but surely) the signs get more open. In the coming dystopian society people no longer get income proportional to their productivity, but by their good behavior. No longer even trying to justify it by 'needs', as was done by Karl Marx, but by 'deserves'. Where Marx wrote in his Critique to the Gotha Project, "To each according to his needs and from each according to his abilities", modern consumption rights will be awarded on basis of good behavior. An example is the social credit system that was recently introduced in Bologna, Italy: 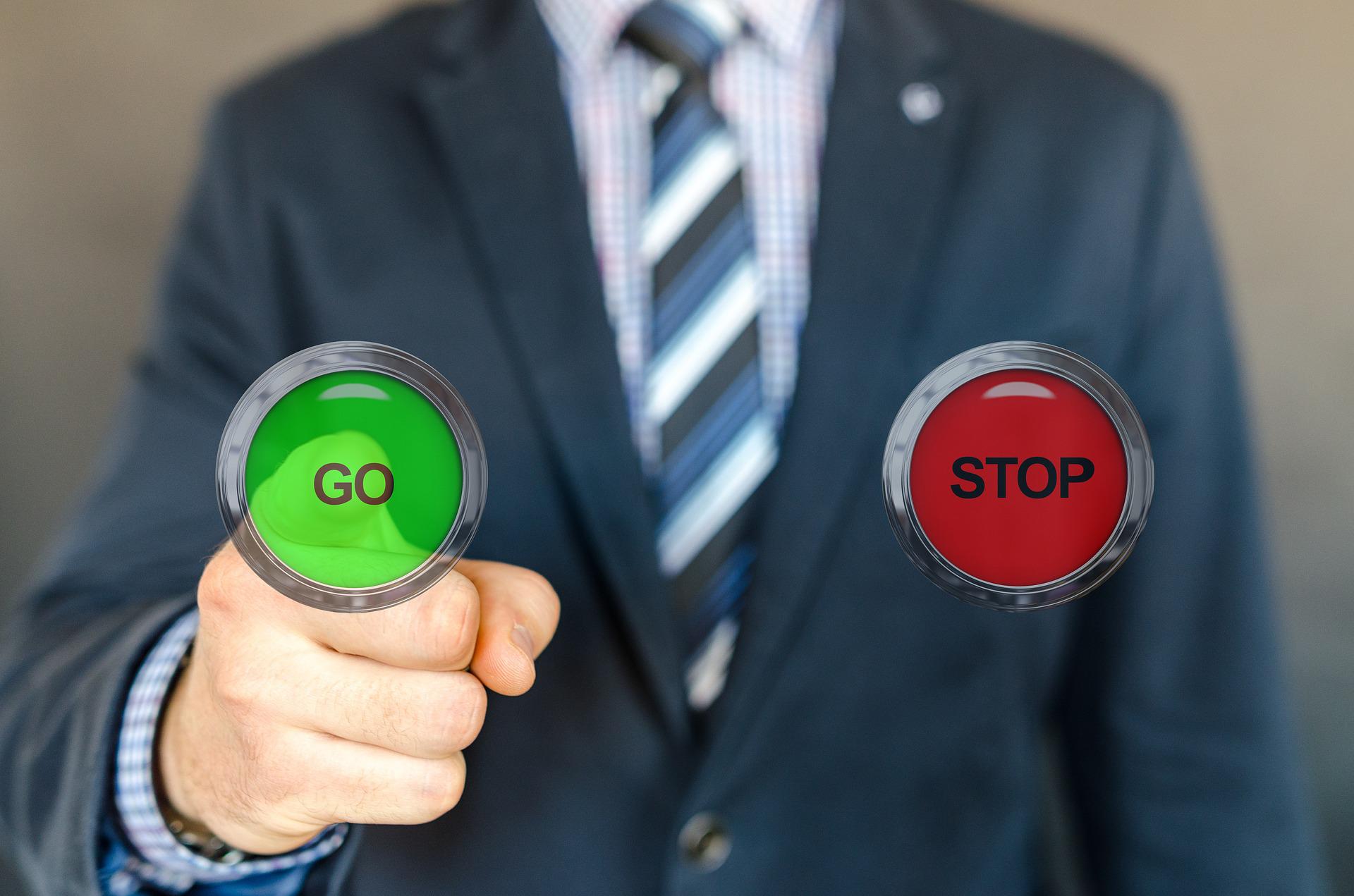 
It means that people get consumption rights according to their behavior. The bottleneck question is, like always, who is going to produce the products that the receivers of the consumption rights have right to?! As Jordan Peterson says, "The rights of one, is the obligation of the other". In other words, who has the obligation to produce? And how will that obligation be enforced? It can only be by dictatorship. No other outcome. People -- Untermenschen -- will be turned into slaves and their production confiscated and distributed to the people that are behaving (read: Party members, or Übermenschen).


One should always keep hope. And it seems that the net around Hunter Biden and his father Mr. Joe Biden is closing rapidly. Ever more lies come to the surface:

An impeachment of Joe Biden seems unavoidable, he seems to be up to his neck in corruption. However, the regime is so well installed in American society that Biden may even escape impeachment and serve his mandate full time.


If it still makes sense to you, you must be a special kind of person. Maybe you work at Raytheon. Using the Green New Deal ideology to justify making profit with bombing people to kingdom come ... ecologically

We are sure that all the people that die because of weapons from Raytheon praise the fact that Raytheon is using green weapons! (A sentence with a tad of sarcasm).

"It comes as no surprise that the Kremlin uses fossil fuels to blackmail us. This is something the EU Commission has been preparing for, with Member States and international partners. Our response will be immediate, united and coordinated." https://t.co/hUc7DzGfd5

However, this is a strange reaction, since it was Ursula herself that used (the cutting off of) Russian gas as blackmail to put president Putin of Russia under pressure. It seems like the EU is playing a game and now complaining it is losing.

Initially the ruble was losing terrain to the dollar and euro, but after Putin started demanding Russian gas be paid in rubles, the ruble is in a steady gain. This may have been helped by the fact that it is actually the European Union and teh United States that are isolating themselves from the international markets. Other economic blocks continue business as usual and are in fact bigger. As such, the allied block (EU+VS) is actually shooting in its own foot.

Alex Christoforou comes to the same conclusion, the sanctions seem to hurt us more than them:


Note also how Christoforou ends his comment with the observation that Justin Trudeau, not even a month after having called peacefully protesting truckers Nazis, was shown to have welcomed and financed the training of a Nazi battalion in Canada. This is what we call a chutzpah. And that lands Mr. Trudeau the Stallinga Dot Org Chutzpah of the Month Award April 2022, in fact co-shared with Ursula Wonder Liar (see above) and Joe Bidet (see above).


Well, morality never enters into the game of international politics (diplomacy). It is only used, ad hoc, to sway the people into supporting the war. In that case unique events (Pearl Harbor, 9/11, Reichstag fire, etc.) come in handy for the leaders. As Churchill said "Never let a good crisis go to waste".
But if morality enters, why not listen to the morality arguments of both sides. For sure you are familiar with the narrative of the regime in Washington (and its branch in Brussels), but are you familiar with teh narrative of the Kremlin? Listen here to former Ukrainian Prime Minister Azarov (minister when Ukraine was still a Moscow-friendly state). You may find it quite elucidating:


Are you really sure, 100% sure, you are supporting teh correct side of this dispute? To many of those people putting a yellow-blue flag in support of Zelensky (see political cartoon at end) the reply is: "I admire your superior morality, that you are even willing to sacrifice 40 million Ukrainians for your ideals".


To show you that our side is really getting more and more fascist, we had shown you above the fascist speech of former president Obama. Now listen to current president Biden, it is nearly a carbon copy of teh program of Aryanization of the German Nazis, namely the group-identifying of the enemy within your own country and confiscating their wealth. The only thing still missing is the gas chambers:

(Thanks to Case Roole for pointing this out)


The conclusion is that fascism and nazism is ever more in the open. People are no longer ashamed of it and openly give their support for this ideology. Actually starting to call it a virtue. L'histoire se répète.

Is is the sheer hypocrisy (nobody care anymore if it makes sense. our side is correct. full stop). Or 'mendacity' (I love that word). It is that the US cries about war crimes while imprisoning a journalist for exposing its war crimes:


It lands Joe Biden the Chutzpah Award (see below).

Remarkably, (for those who stick to the official CoFlu19 narrative), there was a huge surge in excess death in 2021 (two thousand twenty one) in the United States.


That is, in the year following the CoFlu19 outbreak. It thus cannot have been caused by the virus, because no serious excess death was recorded in 2020, in the peak year of the pandemic. So, it must have been something else. While correlation is not causation, a hypothesis of the vaccine being responsible for the deaths must be seriously taken into account. We must study what was going on here, to be able to deal better with the next pandemic


In Dutch politics, it was revealed by a WoB-verzoek (FOIA request) that government forced teh development of a health passport in an earlier stadium, even though medical and juridical advisors of the government advised against it. The Minsiter caught lying once again:
"Het kabinet heeft de corona­crisis welbewust en al in een heel vroeg stadium aangegrepen om een gezondheidspaspoort te ontwikkelen. Het ging daarbij rechtstreeks in tegen alle medische en juridische adviezen van het RIVM en andere instanties. Het ministerie van VWS van Hugo de Jonge ontkende daarbij lange tijd tegenover de media dat het aan een coronapas werkte."
(The government has deliberately and at a very early stage used the corona crisis to develop a health passport. It went directly against all medical and legal advice from [CDC equivalent] and other authorities. The Ministry of Health, Welfare and Sport of Hugo de Jonge denied for a long time to the media that it was working on a corona pass).

The same Dutch government was caught again lying when implementing the obligation to wear masks. While first admitting that masks do not stop the spreading of the virus, they kept on claiming that they do well in the fight against the virus because they change people's behavior. Well, also that was a lie. Their own experts warned them that there is nowhere anywhere proof for such a theory. The result of a WoB-verzoek (FOIA request)

"4 May 2020:
Dear XX. Last weekend the scientific advisory board of the Corona Behavior Unit has given you input concerning your question about face masks. We had already started charting the relevant literature on this subject. However, there was no clear conclusion. See document attached.
In the coming weeks we will continue scanning the (inter)national literature to see the effect of compliance. Apart from that our advice is to closely monitor how the use of masks works out in practice"

Yes, the masks have fallen off!

But, actually, that happened already right in teh beginning (see image below, 1 March 2020). These masks only served the purpose of humiliation. A humiliated people is an obedient people.


For the science and technology the following video of Vertasium is interesting, and relevant for teh CoFlu19 narrative.

This is why Novak Djokovic (a.k.a. No-vax Djo-covid) is the greatest. Saying to stop using sports as a political weapon:


To help you cope with current affairs with some light entertainment, here is one more soundscape from the editor himself:

Some political fun. After Elon Musk bought Twitter, it seems obvious Donald Trump is back. Somebody else came to that conclusion and presented it in a funny artistic way. On the music of Enimem, Trump is here announcing his comeback "Guess who's back. Trump is back ...."