Editor: Peter Stallinga
where the 'teh' is the 'the'

A 'color revolution' was started in Belarus. (Vaguely described as a revolution in a country resulting in a toppling of democratically elected leaders by Western interference). One might think it is about removing an oppressive regime, but it isn't. It never was and never will be. It is about installing a regime that is more friendly towards our regime (of psychopaths). Syria needs to be wrought out of the hands of Russia ... revolution. The first moment somebody writes something nasty on the wall, we drone-bomb the country to smithereens. Ukraine, same thing. Actually creating chaos by having snipers randomly kill protesters of both sides of teh dispute. With the European Union paying 6 thousand euros per protester staying on teh Maidan Square. In Venezuela, we just say that an non-elected baboon Gaidó is the legitimate president, and that's it.
And now we have Belarus. We couldn't care less about its citizens, but Lukashenko and his dictatorship, made one tiny mistake. He did not fall for the coflu19 lie. They even offered a bribe of 940 million dollars for Belarus to go into lockdown, just like the other countries that are more obedient to the regime.

"World Bank Offered Belarus $940 Million Coronavirus Loan But Only If They Locked Down and Destroyed Economy" (Gateway Pundit)
Lukashenko refused. And the propaganda machine was started. Protesters were paid (much less than in Ukraine, by the way, just some 30 euros each). The problem is, Lukashenko has the majority of the people behind him. Whatever you may think after watching the propaganda channels of our regime, Lukashenko is the moral and legitimate leader of Belarus.

They even color-revolutionize teh loyaly-obedient country like the Netherlands, a bullwark of this modern communisto-fascist regime. Some protests were organized against the coflu19 lockdown measures. The regime simply infiltrated the totally peaceful protesters by so-called agent-provocateurs. State-hooligans to try make the protests violent in order for the public to turn against them.

To give an example of such agent-provocateurs, here is a picture of such hooligans, returning to their (police) headquarters:


In the meantime, Joe Biden was officially nominated to be running candidate of the Democrats for teh presidential elections in the U.S. The conference where it was decided was a complete disgrace. Online, and so much lacking any juice, that nobody watched. But they hyped themselves up into so pseudo state of excitement how they are going to defeat Trump. And the media spread teh propaganda on every outlet they control (that is, basically all of them).
Absolutely the rock bottom lowest remark came from former president Bill Clinton that said that Trump does not use the Oval Office in the White House as a battle command center in this corona war. The hypocrisy is really staggering! Has he forgotten (has senility reached him already?) his use of the Oval Office? Have you forgotten? Let me remind  you through this meme:

Now imagine Bill Clinton battling a cigar into the surplus orifice of Monica Lewinsky. Right in the Oval Office. "I did NOT have sexual relations with that woman". Right. Get the F off teh stage, you blabbering senile hypocrite idiot!

Anyway, the Democrats are going to lose again. No amount of propaganda can cover the fact that teh Democrats are a bunch of corrupt, self-satisfied and self enriching people.  And they are still thinking in lines of conspiracies. That teh Russians made them lose the 2016 elections. No!, Democrats, you lost the elections. You, and you alone are responsible for the defeat. And in 2020 you are going to lose again, because you still did not learn your lesson in four years. You still disrespect the citizens and even your own constituency.


Right, instead of bashing Trump and blaming the imminent loss on Russia, why don't you say what is good about the Democrats?
Democrats, what is your program? Doctorates: "We hate Trump!"
They can already start writing the book "What went wrong this time?"


Covid covid covid. Is it never going to stop? (I promise you I will stop reporting on it the first day I do not hear it in the morning news). But the answer is ... no!

"WHO warns coronavirus vaccine alone won’t end pandemic: ‘We cannot go back to the way things were’" (CNBC)
Or watch the video here:

The lunatics run the asylum!

Here are some hypocrisy examples:


The pandemic (that never was) is fully over! Nobody is dying of it anymore. A lot of people still test positive for it, but that only means some RNA snippets of the virus are in their body. Few people are actually getting ill. Here is an example of Spain: 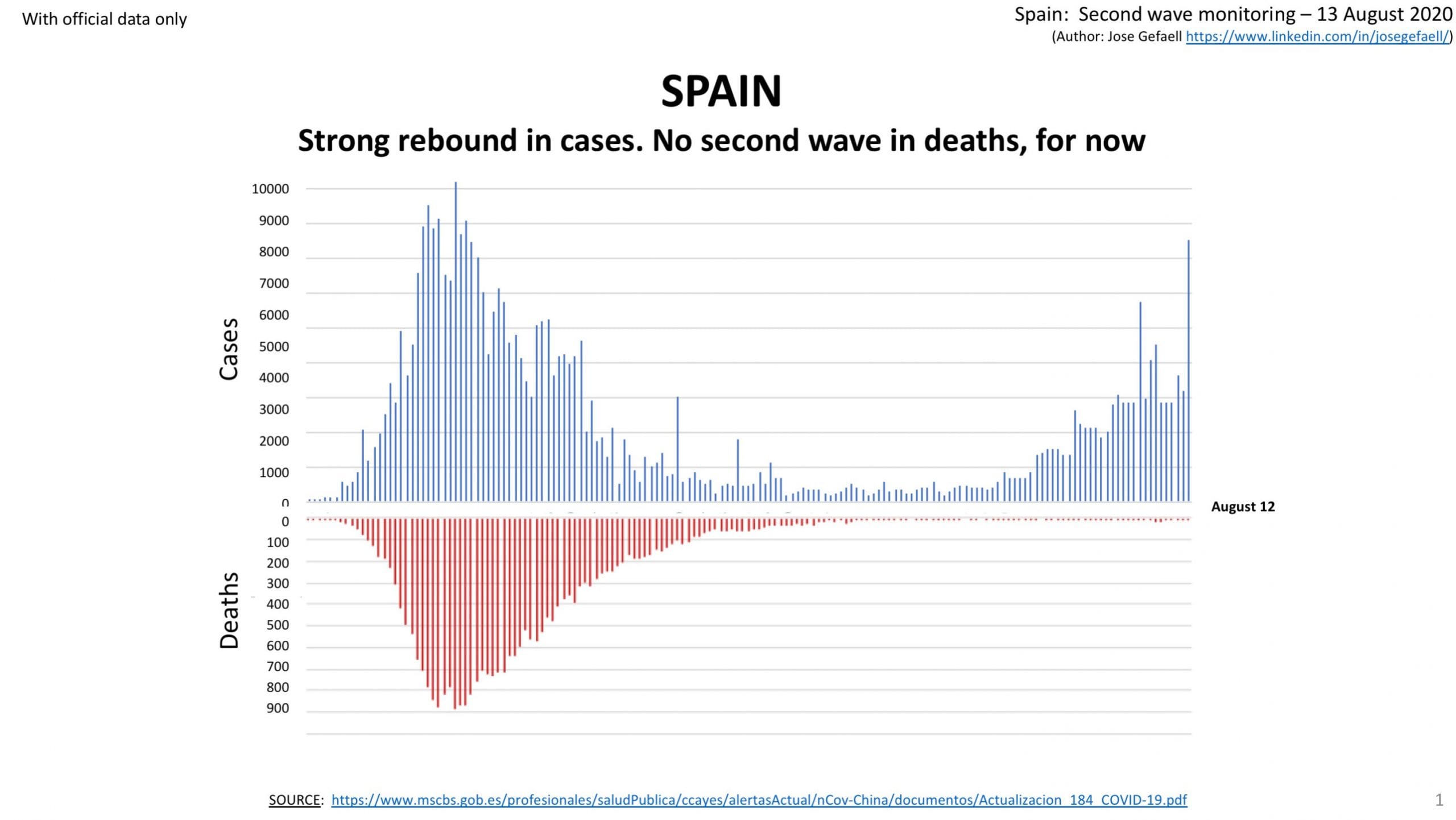 Taken from the web page of statistician Maurice de Hond, who explains to us "They do all they can to keep us scared"

You see in the image that the number of 'cases' increases again, but nobody is dying. It means they simply test more people and the test is such that also non-ill people get positive tests. Or, actually, there are 3 options:
As you can see, in all scenarios the measures can be stopped. Will they be stopped? Well, how naive can you be?! Of course they will not be stopped. Because teh measures come with a transfer of all power from you to them. The first thing they do with the newly gained power is to make sure the reason for the power transfer is kept alive. Forever! This is the new normal. Suck it up, fruitcakes!


Yes! Ronnie O'Sullivan grabbed his 6th World Snooker title. And is now the player with the most major titles under his belt. Impressive. 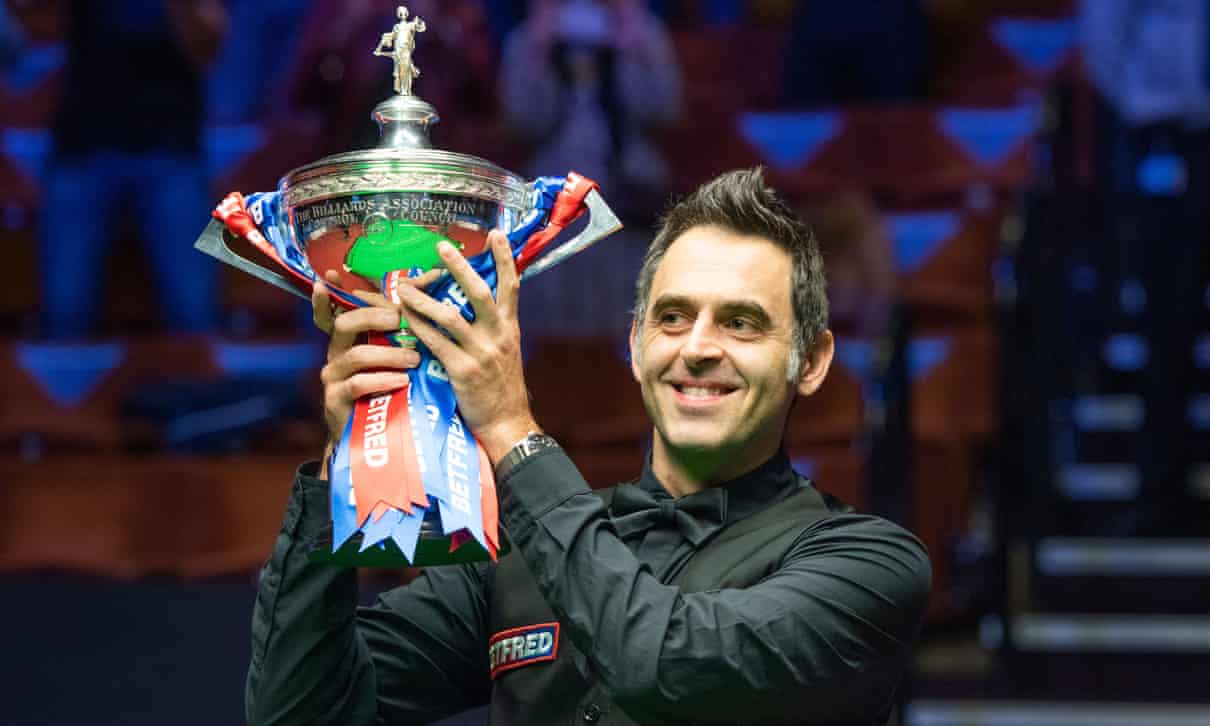